Kano state is strategic in Nigeria’s politics not only as a historical city but because of its huge population capable of deciding national results as was the case in the February 23 presidential elections.

According to figures from the Independent National Electoral Commission, the total registered voters in the state are 5,391,581, but it remains to be seen how many would participate in today’s polls.

The top contenders for the Kano state governorship seat include the incumbent governor, Abdullahi Ganduje, who is running on the platform of the APC.

The PDP is also contesting the governorship seat but a Federal High Court on Monday, ruled that the purported nomination of Abba Kabir as Governorship Candidate of the party is invalid.

The court ordered the party to provide another candidate to contest the polls. However the decision was overturned when Kaduna Court of Appeal granted a stay of execution on the judgement of the Federal High Court. this decision officially puts Abba Kabir back as the flag bearer for the PDP Governorship Candidate.

It, however, remains to be seen the impact this would have on the fortune of the party during today’s election.

Get D’ Gist is on the ground to give you live updates all through the election. Keep refreshing this page to get the latest updates.

10:47 AM – Voting has commenced in Kwankwaso ward, polling unit Galadima Riga 004 in Madobi area of Kano State. It was learnt that party agents are assisting voters to thumb print their party of interest. 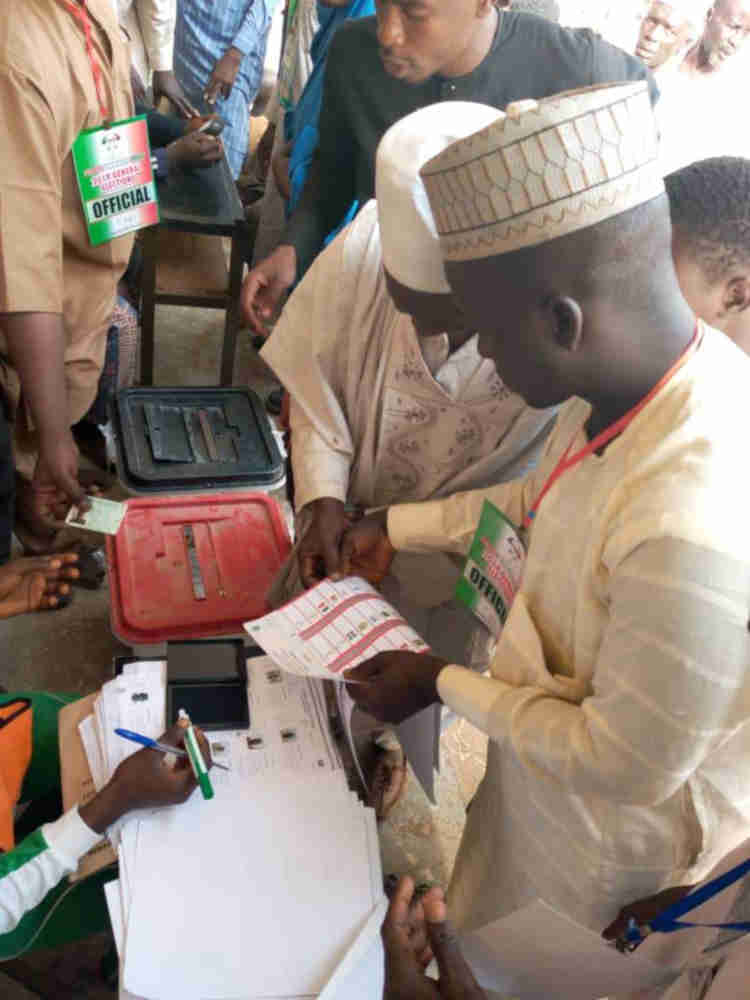 10:02 AM – At PU11, 08 and 09, Buku Ward, Bunkure LGA, election is in progress but the card readers are not authenticating. Voters are asked to write down their phone numbers and then vote.

9:46 AM: Voters were still waiting for a functioning card reader to be brought to PU 009, Kariya ward, Bebeji LGA.

8:01 AM – Election materials yet to leave RAC centres in Kano

7:50 AM – Voters already arriving different polling units in the state as they get ready to cast their governorship and state assembly ballots.